" Design of 2D and 3D Antennas on Flexible Substrates " 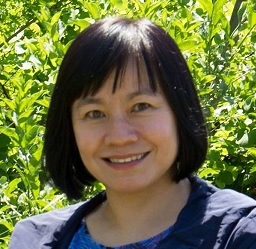 Abstract:
The thesis was carried out within the ANR project « Stick’It » that aimed at developing new, low-cost and innovative technologies devoted to the design of 2D, 2,5D and 3D radiofrequency (RF) components including antennas printed on conformable materials. The targeted applications are primarily home-networking devices such as set-top boxes where their forms and dimensions are widely varied. Therefore, it is necessary to design antennas on flexible substrates.
According to our needs for a substrate material that is flexible, low cost, with good RF properties, recycling ability, and especially ability to make 3D structures, after considering various dielectric materials for flexible electronics, paper substrate appeared to be the most suitable for our purpose.
The work of this thesis conducted in three phases.
In the first phase, it was the study of methods for characterization of materials to obtain their electromagnetic properties. After analysis, the method of perturbation using a cylindrical cavity was chosen for characterization of paper. The first results of this process were verified by realization and testing of simple antennas such as CPW-fed monopoles on paper and PET. Then, the measurement of E4D paper substrate was performed with 50 samples cut from various E4D paper sheets of three different thicknesses, 104 µm, 210 µm and 387 µm. The results were analyzed statistically and gave Er = 3.184, tand = 0.092.The dispersions of the results measured at 2.5 GHz are 0.25% for Er and 0.26% for tand. These results were used for the next phase.
In the second phase, different antennas were designed on 0.104-mm and 0.21-mm thick E4D paper including IFAs, SIW cavity-back antenna and microstrip-fed wideband monopole antennas. The prototypes were realized using screen printing technique and tested for matching property and radiation patterns.
In the third phase the proposed antennas were studied in realistic package conditions, where a set-top box was made of ABS plastic with different dimensions. The first case was with two MIMO antennas orthogonally located in different ABS boxes with sufficient space, so that both of them can remain flat. The second case was a box with a restricted height, so that at least one of the antennas needs to be bent.
Thus, a study of bending effect was carried out, first of all, with a simple straight dipole and a straight monopole on E4D paper, then with a wideband antenna proposed in the second phase. The study showed, that bending does not much affect the matching of the antenna over a wide frequency band. However, its radiation patterns rotate in the E-plane with a rotation angle depending on the bending location and bending angle.
Then, the MIMO system of two antennas placed orthogonally in an ABS box with restricted height so that one antenna needed to be bent and another remained flat. In all cases of MIMO antenna system, we obtained good isolation (>20 dB) and Envelope Correlation Coefficient (ECC) less than 0.05.